Going to Barcelona for ICANN 63

The Annual General Meeting of ICANN took place in Barcelona, Spain, October 20th to 25th, 2018.
I had been to quite a few ICANN meetings before, in Europe and in Africa, starting with the ICANN meeting in Luxemburg back in 2005, and many others. Perhaps the most memorable one of them all, so far, was the Paris meeting of 2008, when the new gTLD round was announced, and Dirk’s „permanent pregnancy“ started to evolve.

So was it worth attending ICANN63?

Well, if I compare this to other ICANN meetings I went to over the course of the past 13 years, Barcelona certainly wasn’t the most exciting one. On the contrary, there was a general sense of anti-climax in the air. So the new gTLDs are here, almost of them, up and running. Lots of auction proceeds went into ICANN’s pockets, and some of the discussions at ICANN63 focussed on how to handle this huge amount of money.
The IANA stewardship transition seems almost to be ancient history, not much talked about any longer, these days – although it should be.

Perhaps the most disappointing moment during the 6 day meeting was Göran Marby’s statement „We are a technical community and we are not lawmakers“. I had come to Barcelona expecting to see ICANN put up a fight against the EU’s GDPR, since that law is undermining the very basics of the Internet. But this discussion simply is not there. The ICANN community doesn’t seem to want to pick a fight with the European Commission.

But this, as far as I can see, doesn’t reflect the world we are in. By withdrawing from this discussion, ICANN is showing cowardice. Accordingly, the public forums on Monday and on Thursday were pretty boring events, with the second one even running out of questions to discuss long before the time alotted to it was over.

Yes, the ICANN machine is churning on. But is is certainly not the firy steam engine that it once appeared to be. Instead, it is slowly starting to become a dinosaur whose heyday may be over. 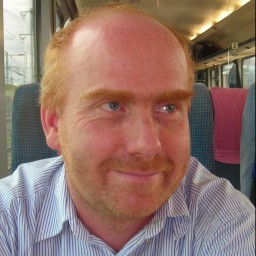